RACE FOR THE CURE

Team Purr for the Cure:  Walking in Memory of Carol

The Deb Taylor’s Purr for the Cure team was formed by her friends and family who wanted to do something in her honor.  In 2010, Deborah Taylor was diagnosed with inflammatory breast cancer. Deborah is an amazing woman, and her strength and determination to overcome this dreaded disease are inspirational.  Not only has Purr for the Cure raised funds for the Susan G. Komen Organization, but they have also emotionally supported Deborah and others who are fighting this terrible disease while raising awareness as well.

Along with their successes, Deb Taylor’s Purr for the Cure experienced some sadness too.  In February, Deb’s good friend and Team Purr for the Cure’s honorary team member, Carol, lost her battle against this terrible disease.  Deborah stated that, “Carol has been my constant source of inspiration and hope.  Carol always said to me ‘we are fighters, we will conquer. We will do this together girlfriend’.” Carol was a warrior to the end, and Deb promised her that she would never give up!” Carol loved Team Purr for the Cure and cherished her 2011 team shirt that everyone signed. She particularly loved all the pictures of team 2012.  This year the Purr for the Cure team walked in memory of Carol.

Even before the Race, Purr for the Cure already met their fundraising goal putting them in the top 15 teams. They recruited many new team members and were especially proud to be supporting 4 survivors in their 4th year.

Thank you, Team Purr for the Cure, for your commitment to and tenacity in fighting breast cancer.  We applaud your efforts and walk at your side honoring those survivors on your team and those who have bravely lost the fight. 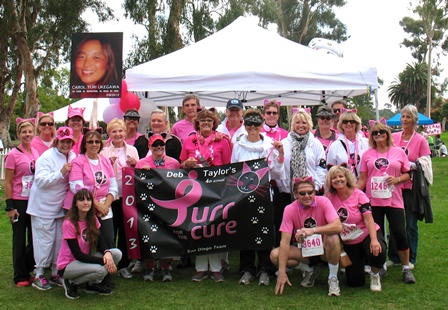 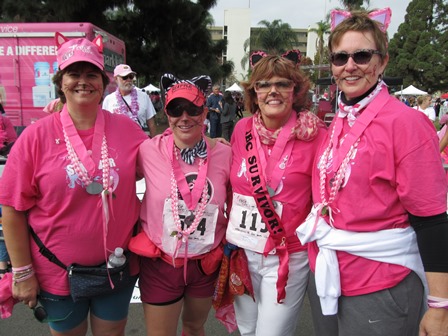 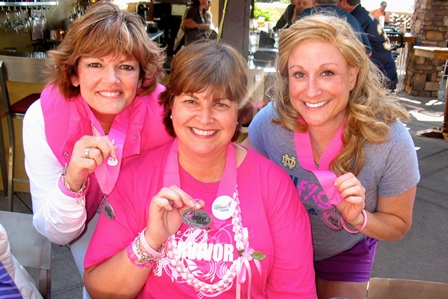