Posted at 11:10h in Newsroom by Francisco Munoz

In the coming weeks the U.S. Senate is expected to debate the National Defense Authorization Act (NDAA) for fiscal year 2018 (FY18), S.1519.  Included in the bill are four sections that cause us grave concern as they would prohibit funding for medical research at the Department of Defense (DOD) unless such research meets certain narrowly defined criteria related to military relevance.  As you are aware, funding for the Breast Cancer Research Program (BRCP) at the DOD has long been a priority for Komen and many of you were pivotal in defeating similar efforts over the last two years.  Komen HQ staff has worked closely with Senator Richard Durbin’s (D-IL) office in developing a strategy to amend the NDAA and defend funding for the critical medical research conducted at the DOD. 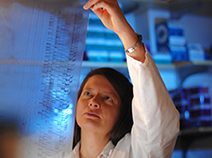 Senator Durbin, along with Senator Roy Blunt (R-MO), has introduced a bipartisan amendment to repeal Sections 733, 891, 892, 893 of S.1519.  We feel these sections should be repealed because, if enacted, could jeopardize funding for research activities that have broader relevance to the U.S. military, including the health and well-being of military families and veterans, and the efficiency of the military health care system.  Additionally, these sections would place unnecessary and burdensome acquisition compliance and auditing requirements on programs that are already serving the taxpayer well.

A vote could happen on this amendment as early as the week of September 4, Susan G. Komen® has sent a letter to key Senate offices and has also signed on to a group letter, organized by the Defense Health Research Consortium.  We are grateful to have the support  of California Senators Dianne Feinstein and Kamala Harris, who are both Durbin-Blunt Amendment Cosponsors.

To stay up to date on the latest advocacy news sign up for our Komen San Diego E-Newsletter.