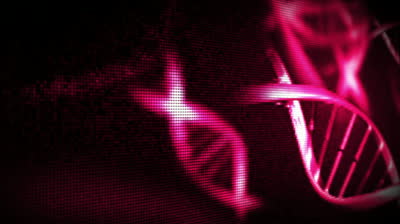 Posted at 11:42h in Newsroom by Jess Rains

DALLAS — April 27, 2015 — Susan G. Komen today hailed the discovery of a breast cancer susceptibility gene known as RECQL which the organization says could one day lead to more options for women to identify and take steps to reduce their breast cancer risk.

The discovery project, led by Dr. Mohammad Akbari at the University of Toronto, was made possible in part by a $1.125 million Komen research grant in 2010 to Komen Scholar Dr. William Foulkes of McGill University in Montreal. Foulkes, along with researchers from the University of Toronto and collaborators throughout Quebec and Poland, identified an association between mutations in the RECQL gene and breast cancer risk.

“The long-term grant support that I have received from Komen was critical in identifying RECQL mutations in the Quebec population,” said Foulkes. “The far-sighted support of our work over several years allowed us to reap the benefits of modern technology and contribute to the identification of a new breast cancer susceptibility gene.”

“This research is exciting because breast cancer susceptibility genes and their associated mutations have been difficult to identify,” said Komen President and CEO Judy Salerno, M.D., M.S   “Very importantly, these new findings about the RECQL mutation may someday offer individuals more information about their personal breast cancer risk, empowering them to take preventive or protective measures for their future.”

The researchers first carried out whole exome sequencing, whereby all genes are evaluated for mutations. Having identified RECQL as a strong candidate gene, the research team evaluated genetic data from French-Canadian and Polish women who had been diagnosed with breast cancer, had a strong family history of cancer and/or young age of onset, and lacked a mutation in the BRCA1 and BRCA2 genes. Researchers observed that the group was more likely to carry the RECQL gene mutation than a control group. In all, more than 25,000 persons were studied.

“While we know there is still a lot to learn about both the RECQL gene mutations and breast cancer in general, we’re eager and excited to see what the future holds,” Salerno said.