Posted at 10:11h in Newsroom by Francisco Munoz

A candid conversation with stage IV breast cancer thriver, Chelsea Beaumonte, 34, and what she wants the world to know about metastatic disease. 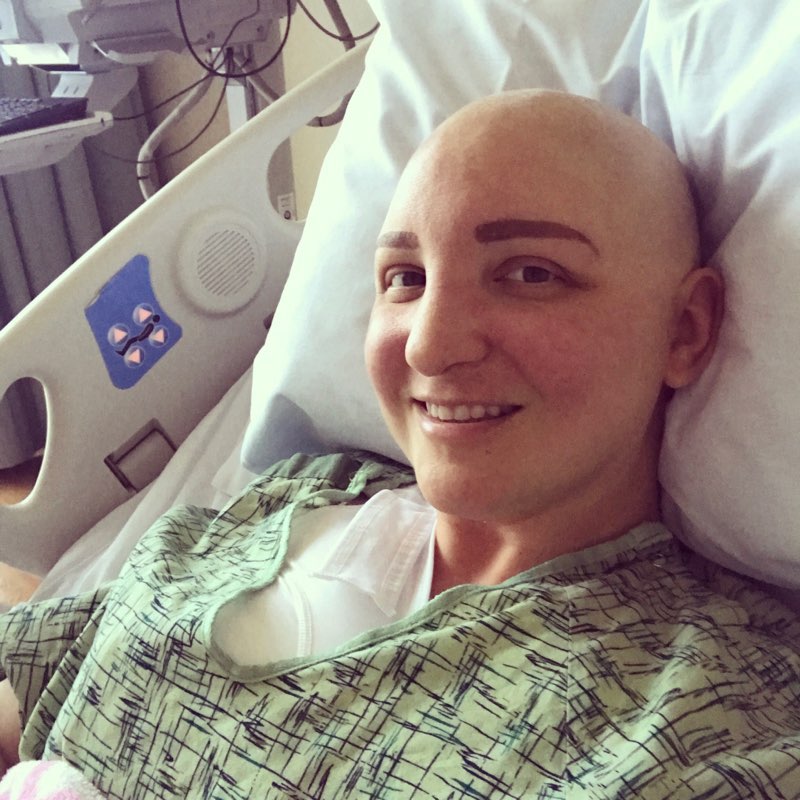 Q: At what age were you diagnosed with breast cancer?

A: My first diagnosis was at 32 years old. At age 34, only a few short months after finishing my initial treatment, we found out that my breast cancer spread to my brain and lungs. It was at that point, I was re-diagnosed with metastatic breast cancer (MBC). There is currently no cure for Stage IV once it metastasizes.

Q: What does “good health” mean to you now that you are diagnosed with breast cancer?

A: Good health means not being diagnosed with any kind of illness. Since my diagnosis, my definition of good health has not changed. Everyone says that I’m, “healthy otherwise” — that always makes me laugh.

Q: As a MBC patient, which phrase or term do you identify with or find empowering?

A: One of my favorite Maya Angelou quotes is: “My mission in life is not to merely survive, but to thrive, and to do so with some passion, some compassion, some humor, and some style.” So I like to identify myself as a thriver. This is a word we’ve been using lately, and for me it makes more sense.

Q: What are some things that you think are unique to the MBC community, as opposed to the breast cancer survivor community at-large?

A: I noticed in myself, after being re-diagnosed, and others with metastatic breast cancer that the “pink washing” angers us. We understand it brings awareness about early detection and early-stage survivors, which is good, but we don’t believe we are being represented by it.

It’s like putting a pink-ribbon band-aid on a much bigger issue.

When you have a terminal illness, it’s not fun parades, sunshine, and rainbows or even hope-filled– it’s a dark and scary place, and people are dying. It means being a part of a whole different world, and most of us, myself included, feel as if we are being left out of the conversation. You always see the survivor stories being praised in the media and at the pink rallies, but never hear about those who are living with advanced disease, it’s as if it’s taboo to even discuss.

Q: What type of information would you like to see more often when it comes to breast cancer awareness?

A: I like hearing the stories of hope, just like everyone else. The women who are out there who do beat it, those are good stories to share, but I think we also need to include a good mix of the sometimes darker reality, in which stories like mine, and other women who are metastatic, are also highlighted because I don’t see it anywhere.

You don’t hear about the young women who are dying alone because their significant other couldn’t handle the stress that comes with having a terminal illness, or who thought they could have the chance of a family with kids and now can’t. There’s a lot more to it for young women.

As soon as you’re diagnosed with MBC you’re given this statistic of two to five years to live. It’s dark, it’s not a hopeful, full-of-life, type of conversation, and even though it may be hard to discuss, it doesn’t mean it shouldn’t be.

Q: What would you identify as a unique characteristic of young MBC patients?

A: Most women who are diagnosed tend to be a lot older, they seem to be at a place in which they are content with where they are in life. While some younger MBC patients – we are still trying to figure it all out. It can have a profound effect on your social life, work, love life, self-esteem, etc. You must “grow up” fast, and sometimes give up on the dreams you had for your future.

One thing the community needs to understand is you tend to get rallied around when you are first diagnosed. Your family and friends surround you at the beginning with so much love and care it can be overwhelming.  But then it seems like as soon as they see you’re okay, they disappear. For example, when I went through my first treatment and I was told I was cancer free, I all of a sudden felt forgotten about. I was by myself, left to figure out what had just happened to me over the last year, and what my “new normal” was going to look like moving forward. I felt alone, except for a few key family members, and that was the time when I really needed people around me the most. I ended up getting very depressed. Five months after my treatment was over, I was re-diagnosed and everyone rallied again, and subsequently disappeared again, even people who I never thought would. It’s a constant, exhausting, cycle.

I know that I am never going to get better. I guess from an outsider’s perspective I might look like I’m “okay,” and then I’m once again alone. It’s those after-treatment moments that I want people to understand that we still need our support system even after the treatment is over, or while we are in remission. I know it’s a hard thing to ask for.  Check in on your loved ones just as often as you did during their active treatment, they might need you then more than ever.

Q: How has your diagnosis affected your life? 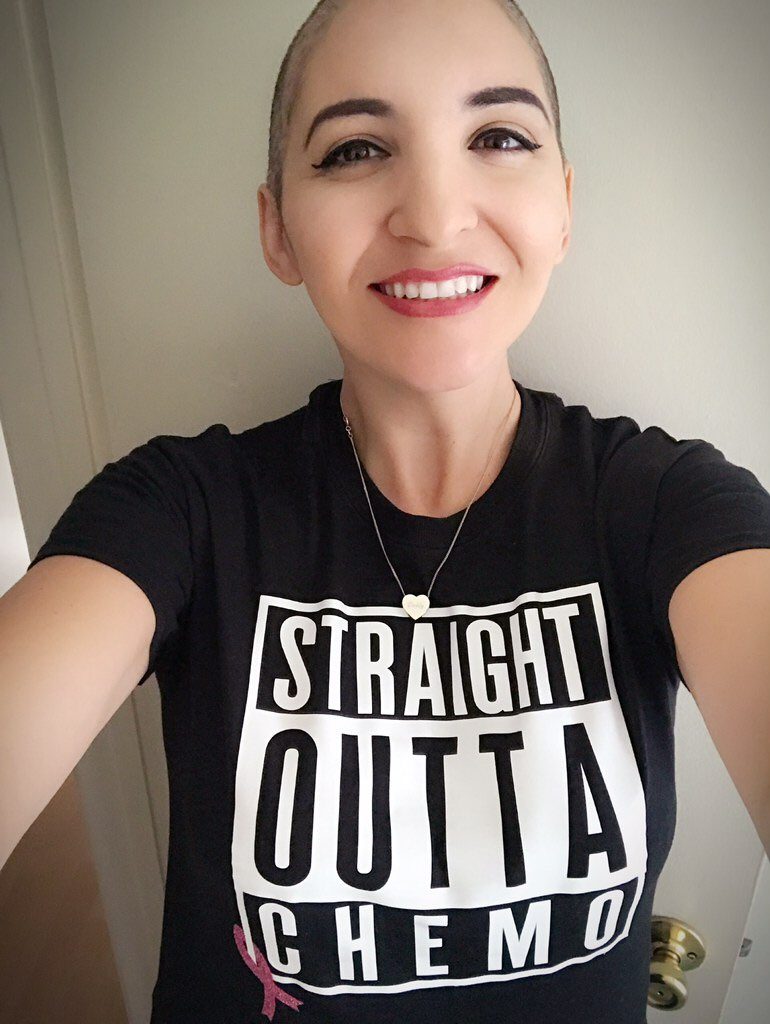 A: It’s changed everything. I don’t recognize myself in the mirror. I’ve lost friends. My boyfriend decided to leave me soon after I was re-diagnosed. I don’t have my independence anymore. Financially, it’s also very difficult, you have all these medical bills. Emotionally, you can just feel numb or completely overwhelmed. It depends on the day.

I do however see life as a gift even more so now than I did before. Every day I get to wake up is a good day.

Q: When you think about support and resources, what do you think is most important for MBC patients?

A: I don’t even think I know what’s available. I personally started therapy and it’s been very helpful – I had to ask for it through my doctor. I don’t believe anyone who’s been told they are going to die is going to be okay with it.

There’s also not a lot of activities for patients living with stage IV. Most of us can’t work and we sit around the house doing nothing all day. It would be great to have some place to go where we can have something to do and have people that understand us.

With my new diagnosis came a lot more darkness, a lot more sadness and depression associated with it. And there’s not a lot of discussion around death because people get very emotional, it reminds them of their own mortality, so they don’t want to talk about it. It kind of gets shoved under the rug. It’s the thing that needs to get talked about, it’s the elephant in the room.

Q: If you were to attend a Metastatic Breast Cancer conference what are some of the topics, speakers you’d like to see/hear from?

A: I’ve been searching for success stories, it would be great to hear from those long-time thrivers of MBC who have passed the 5-year mark. I would like to hear about the new upcoming drugs and therapies that could help MBC patients – knowing what’s next because the drugs that I am on now are only going to work for so long and the next drug is hopefully going to help us live longer.

Also, I want to hear more about all different subtypes of cancer, not just estrogen-driven cancers. All the conferences I’ve been to mainly talk about estrogen-based cancers. It might be the majority of breast cancer, but that’s not the case for everybody, myself included.

Q: What would you say to someone who wants to understand what you’re going through?

A: The one thing I think we all have in common as MBC patients is that it’s difficult to talk to somebody about your current situation. People always tend to say things like, “you’re going to beat this just like you did before,” or they make comments such as, “cancer has no chance against you.” Then we have to explain to them that it is not really the case anymore, MBC is not curable.

Having hope is great, I myself still hope that one day there will be a cure, but as of right now there isn’t one. We’re no longer these “fighters” and “survivors” like we used to be before MBC. This is a whole other sub-category and people don’t know how to talk to us.  As soon as we go to that sad dark place, they clam up and don’t know what to say. Because it is dark, and it is scary, and the truth is—we’re living with a terminal disease and we need to find a way to accept it.

Having the resources available to help people be okay with it would be great, and then helping people around us, as well as the public, learn how to talk to us about it with us would be very helpful.

Please stop saying things like “Oh, I know someone who died of that,” when you meet someone with cancer. It’s probably the worst thing you could say to someone with stage IV, and I hear it almost daily.

It gets difficult because I know people want to help and they want to be positive and it comes from a place of love and caring. Yet, it’s difficult because it just reminds you that you have an illness that doesn’t yet have a cure, there’s no hope at the end of this tunnel right now.

Susan G. Komen is the largest nonprofit funder of breast cancer research outside of the U.S. government, and much of that investment has been awarded to scientists in San Diego. Nearly 70 percent of our research investment is focused on metastatic disease. Almost everyone who dies of breast cancer dies of metastatic breast cancer.  Komen is proud to be a founding member of the Metastatic Breast Cancer Alliance (MBCA) and has made MBC research a priority as part of our Bold Goal to reduce the current number of U.S. breast cancer deaths by 50 percent by 2026. Here are the priorities of the MBCA:

Based on these findings, the MBCA will continue to advocate for greater awareness of MBC and the need for more research, as described above.  In addition, members of the MBCA are working with the National Cancer Institute on a working group exploring MBC trial endpoints.  The MBCA is also exploring the possibility of creating an MBC patient registry to directly address some of the needs identified during the think tank meeting.

If you’re living with MBC and interested in clinical trials, check out our Metastatic Trial Search or call our Clinical Trial Information Helpline at 1-877 GO KOMEN (1-877-465-6636).