Posted at 08:00h in Newsroom by Francisco Munoz
Share on:

You can feel retired elementary-school principal, Martha Parham, smiling through the phone. Her contagious laugh and nurturing tone would never lead you to believe she has lived a lifetime of adversity: losing a son when he was two years-old, losing her home in the 2007 fires without enough insurance to re-build, her husband passing in 2008, her parents passing shortly after that and getting breast cancer in 2014.

“I keep moving on by being positive – your attitude is your biggest healer,” said Martha. “Faith in God and keeping positive people around you are how I push through.”

In May 2014, when Martha had her yearly mammogram she received a call to return to her doctor. She wasn’t concerned because she has dense breasts and had to return a few times before. But this time was different—she was diagnosed with Stage 0 breast cancer. She had an outpatient lumpectomy to remove the tumor.  And although it was Stage 0, chemotherapy was recommended because she had triple-negative breast cancer, which is the most aggressive form.

“I’m hearing all my test results came back ‘negative’ and I was thinking it was great,” Martha laughed. “But it was ‘triple negative.’”

Triple negative breast cancers are more common among Black and African-American women than among women of other ethnicities. These tumors have a poorer prognosis compared to other subtypes of breast cancer. 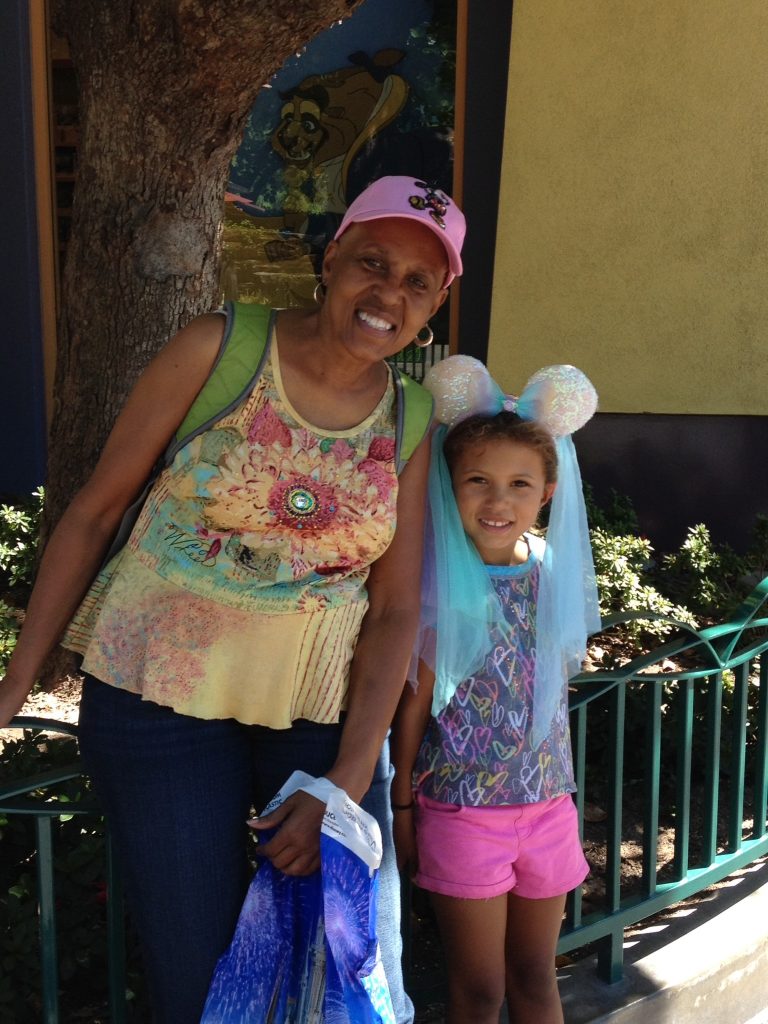 Martha with her granddaughter, Maecee, while Martha was going through treatment for breast cancer. “My granddaughter just stuck by my side the whole time!”

Martha was getting her mammogram every year like clockwork, so her cancer was caught early. Additionally, Martha was treated with Cytoxan and Taxotere, two drugs that Susan G. Komen research helped develop. Martha’s story of early detection combined with effective treatment, has left her in remission and thriving!

When asked how she stays so positive through her struggles she says, “First, I pray and ask for a good positive attitude. I find myself a yoga class somewhere; I look inward, and sometimes I just go buy myself a pair of shoes.”

Early detection and effective treatment provide the best chance of survival from breast cancer. For help with accessing a free mammogram, please call Komen San Diego at 858-573-2760 or email info@sdkomen.org