08 Nov Screens, Genes & the Choices We Make presented by Bank of America

Posted at 09:46h in by Francisco Munoz

Screens, Genes & the Choices We Make presented by Bank of America

Screens, Genes & the Choices We Make brings together leading cancer and wellness experts to share the latest innovations in breast cancer research, treatment and holistic well-being.  There is nothing stuffy about this event…it’s meant to be casual, engaging and cutting edge.

This event is Susan G. Komen San Diego’s highest profile annual event outside of the Race for the Cure.  With a new venue – the Hilton San Diego Bayfront – we expect over 450 guests to attend.  Our attendees include business leaders in San Diego’s biotech and life science industries; executive level hospital administrators; healthcare and wellness professionals; local philanthropists; elected officials; Komen San Diego’s major donors and corporate partners; society media and people whose lives have been impacted by breast cancer and want to help make a difference.

Menounos holds the distinct honor of conducting the only interview with the entire Obama family. The interview was touted by ABC News as one of the defining moments leading to Obama’s historic victory. Her groundbreaking conversational style of reporting led her, at the age of 22, to become the youngest person ever to host Entertainment Tonight. Menounos would go on to do the same for the Today Show, Nightly News, Dateline and Access Hollywood. She has also held sit down interviews with every U.S. President since George Bush and has traveled the globe, covering everything from the war in Afghanistan to earthquakes in El Salvador to the AIDS crisis in South Africa. While at Entertainment Tonight, Menounos hosted ET on MTV and ET on VH-1, both of which soared to number one weekend ratings on their respective networks, and recently was the host of E! News where she did the same. In addition to her award-winning journalism career, she is also the CEO and co-founder of one of the largest digital broadcast networks worldwide, AfterBuzz TV. Menounos is also a well-known TV and movie actress, a SiriusXM host and she is also the host of Conversations with Maria Menounos podcast edition available on iTunes.

Menounos has also overcome significant personal challenges. Just months after her mother was diagnosed with stage IV brain cancer, Menounos was also diagnosed with a brain tumor. She endured a difficult operation and recovery, and thankfully the tumor was benign. Attendees will hear from Menounos on her challenges and experiences with cancer. 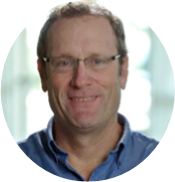 Dr. Brion W. Murray’s career focuses on understanding cancer biology on a molecular level and creating effective therapies.  As a Research Fellow at Pfizer Oncology, he contributed on teams to four FDA-approved drugs (Inlyta, Sutent, Xalkori, Ibrance) and many investigational drugs.  He leads pharmacology groups and multi-disciplinary drug discovery teams while also serving as the nonclinical expert on clinical teams. Brion is the spouse of a breast cancer survivor and continues to help cancer patients understand their disease and therapeutic options.