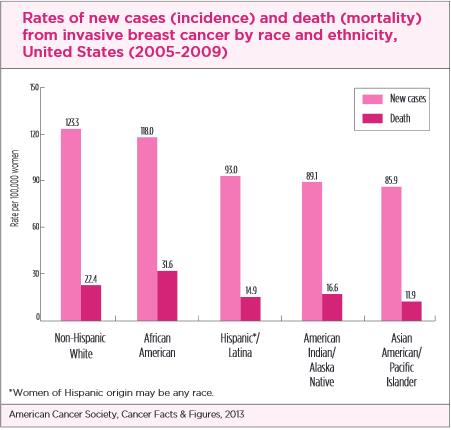 Posted at 22:40h in Newsroom by Francisco Munoz

Breast Cancer is the most common cancer found among every racial and ethnic group. 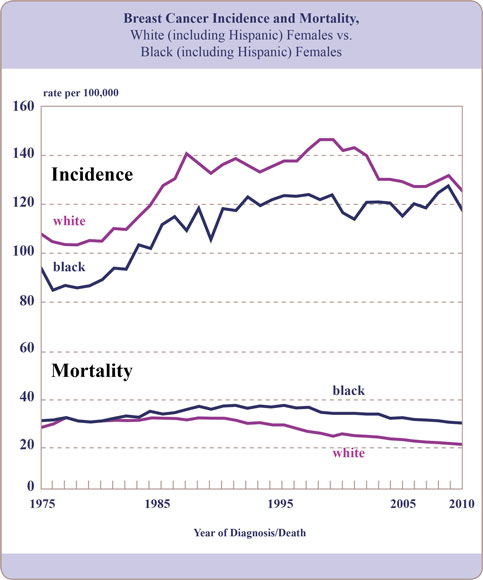 Triple negative tumors have a poorer prognosis compared to other subtypes of breast cancer. They tend to be higher grade and have a greater number of mutations in the p53 gene—factors also linked to a worse prognosis [216,227-229].

Although data are limited at this time, some lifestyle factors may play a role in the higher rate of triple negative breast cancer among African American women. Some studies have found that compared to white women, African American women tend to have lower rates of breastfeeding and tend to carry excess weight in the abdomen area, both of which may increase the chances of having triple negative tumors [217,223,230-231].

Learn more about the molecular subtypes of breast cancer

Learn more about rates of breast cancer by race and ethnicity

Learn about differences in breast cancer rates in the U.S. and around the world

Review the San Diego’s community profile to learn more about these issues locally.

How can you help?