Posted at 17:15h in Newsroom by Francisco Munoz 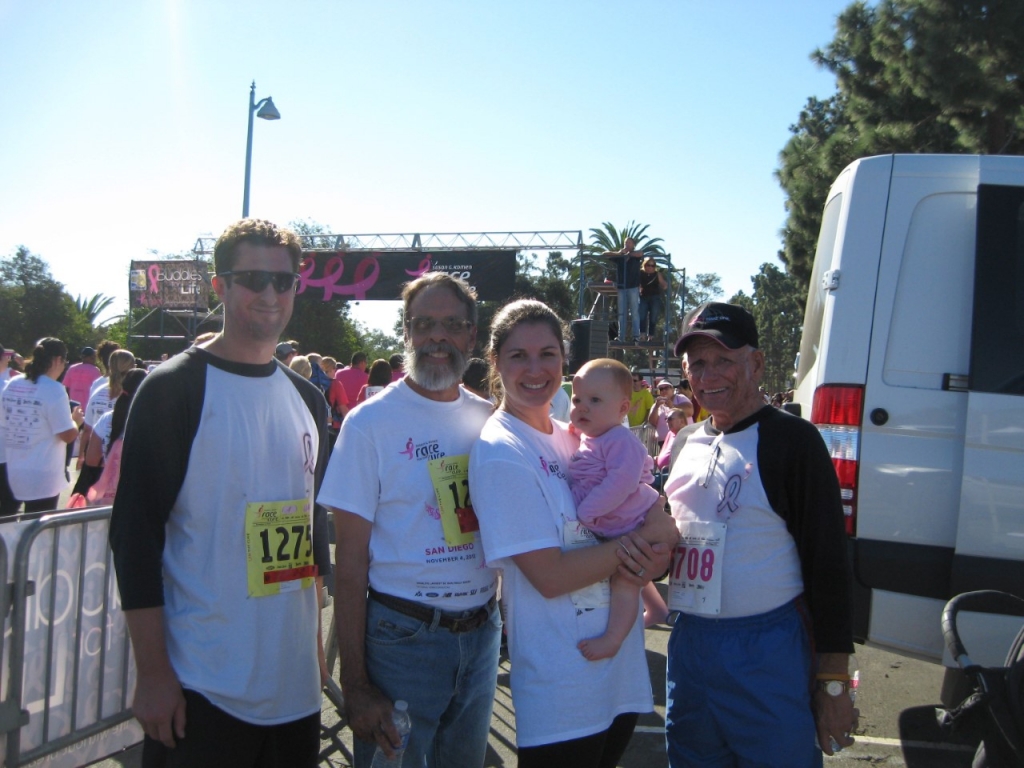 Team Mission Possible at San Diego’s Race for the Cure. Courtesy of Cheryl A. Cooke.

Cheryl Ann Cooke has been a strong supporter of Susan G. Komen San Diego since 2004. Each year Cheryl and Team Mission Possible participate in Komen’s Race for the Cure in honor of Geraldine Kurtz. Cheryl raised $2,475 dollars this year! Way to go!

Team Mission Possible was formed in 2004 to honor my mother, Geraldine Kurtz, who was a breast cancer survivor.  She died in 2006 at the young age of 62 due to liver complications brought on by the extensive chemotherapy and radiation treatments she had undergone during her fight against breast cancer.

“As I watched my Mom in her last hours, it enraged me to think that people can survive cancer, but die because of side effects from their treatments. HOW INSANE IS THAT! Over the past 12 years, Team Mission Possible has participated yearly in the Race for Cure and the Breast Cancer 3-Day events in the hopes that one day, no daughter will have to walk or run again!” – Cheryl A. Cooke

My Dad, Kenneth Kurtz, has walked with me every year and is the most amazing caregiver I have ever known. My husband, Senior Chief Christopher Cooke, also lost his Mom to complications from breast cancer in 1983 when he was just four and a half years old, joins us when he is not deployed and leads our other runner teammates.

Walter Roussell is a longtime neighbor and good friend who survived colon cancer three years ago and was treated with drugs originally designed for breast cancer patients.

Gina is his daughter and Cecilia is his granddaughter. Robert Johnson is a lifelong friend who is an avid runner and was more than happy to run for this great cause. His wife, Cristinalyn, not only helps me with fundraisers but walks with us as well!

Even though Team Mission Possible is not corporately sponsored, we do our best to raise as much awareness and funding as we can.

We are always so excited to meet survivors- it gives us hope that our loved ones have not died in vain and that no one will ever have to fight this battle alone! – Cheryl C.

Special thanks to Cheryl and Team Mission Impossible for all their hard work!