Posted at 13:10h in Newsroom by Francisco Munoz

This past weekend June 18th and 19th marked the fifth year of the annual Kickin’ It Challenge Tournament. This tournament invites all Southern California soccer teams to “Unite in the Fight” against breast cancer. This tournament is special as it includes soccer, fun, and making a difference!

The spirit of support and friendship has continued in this tournament. Both the kids playing and the adults
watching often make friends during this tournament. To the right is a picture of Coach Alvaro Serrano and Coach Tiffany Quackenbush who met four years ago at the Kickin’ It Challenge when their two teams played each other in the finals of the U9 bracket. At the time, Tiffany was just out of her surgery and treatment as a breast cancer survivor, and there were more than a few tears shed when she made her speech at the ceremony.

Tiffany and Alvaro had formed a friendship and each year they returned with the respective teams of their sons, even when they were no longer coaching them, and faced each other in the finals. This year Tiffany’s son Ky joined Alvaro’s son Juan on the same team and won the finals together as teammates!

It is inspiring to see so many people come together to make a difference in their community while having fun and making friends along the way. 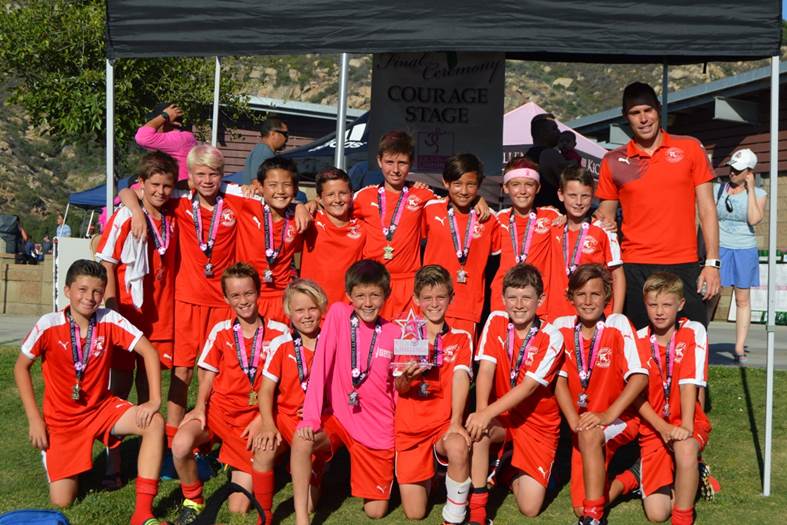 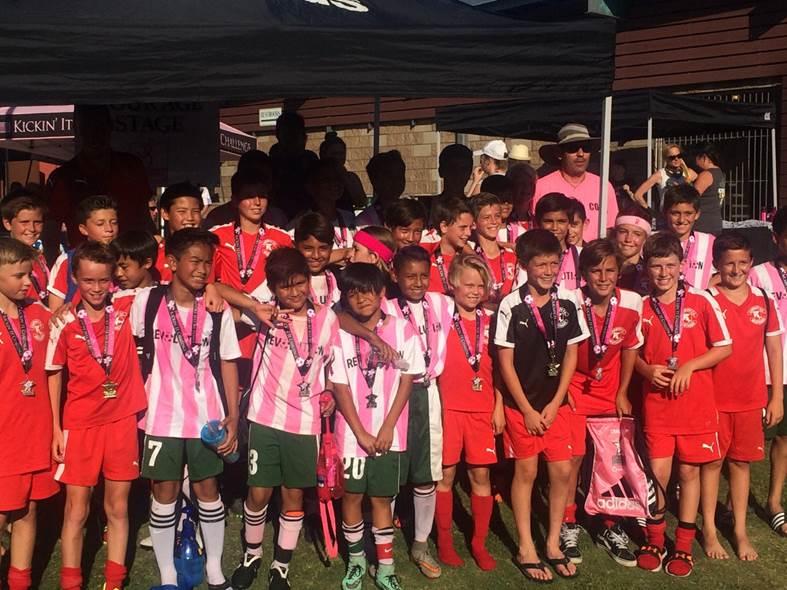