Posted at 11:26h in Newsroom, Uncategorized by Francisco Munoz 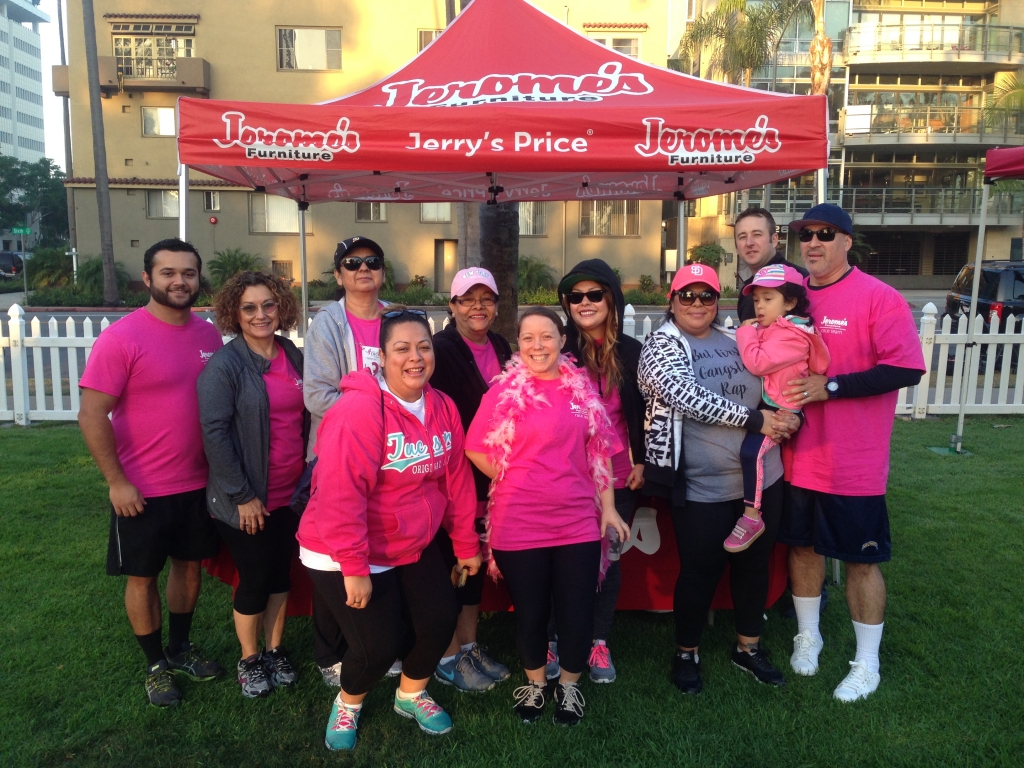 Jerome’s Furniture has been an avid supporter of the breast cancer community since 2014, from sponsorship to generous donations. Susan G. Komen San Diego has counted on their continuous collaboration to fight breast cancer. Jerome’s Furniture is not only the exclusive sponsor of Sleep in for the Cure, but is also Local Presenting Sponsor for Komen San Diego’s 2016 Race for the Cure, and Registration and Packet Pickup Sponsor, packet pickups take place at both their Morena Blvd and San Marcos locations.

“We are family owned and operated which means we support not only our own family, but our community family as well,” said Jerry Navarra, Annie and Adeline’s brother and Chairman of the Board of Jerome’s Furniture. “It was a no brainer to partner with Komen San Diego after finding out that they support women just like my sisters get through their own battles by providing services they might not otherwise be able to afford.”

Sleep in for the Cure is a way for people to get involved in and fundraise for the Race if they are out of the area, don’t want to wake up early the day of or are unable to do the 5K. When registered for Sleep In for the Cure, participants receive a Race t-shirt, a Race bib that says “Snooze” and a special door hanger. The Race for the Cure raises significant funds and awareness for the fight against breast cancer, celebrates survivors and honors those who have lost their battle with this all too prevalent disease. When San Diegans participate, their donations go directly to help breast cancer patients in San Diego, as well as towards research grants internationally.

“Jerome’s Furniture is a cornerstone in the San Diego community and we are honored to call them partners in the promise to stop this disease,” said Laura Farmer Sherman, President/CEO of Susan G. Komen San Diego. “With their leadership and support I know we will be able to provide many more life-saving services to local women fighting breast cancer.”