05 Jan “I would not have survived breast cancer without Komen.” – Hillary Condon

Posted at 07:00h in Newsroom by Francisco Munoz
Share

One week after being laid off from her job as a paralegal, Hillary Condon, 36, was in an unimaginable position: her insurance would be terminated at the end of the month, and she had to figure out how she would pay for her $1,300 biopsy that would determine if she had breast cancer or not.

“I was freaking out. I was told that once I was diagnosed I could start Medi-Cal, which would help pay for my treatment, but I couldn’t get diagnosed until I got that biopsy,” said Hillary.

Komen San Diego works to remove barriers to breast cancer treatment for women and men who are uninsured and underinsured, including covering diagnostic costs. 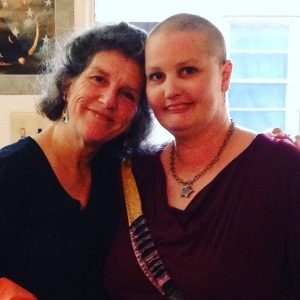 Hillary and her mother on April 1, 2016 — Hillary’s 37th birthday and the day her doctor’s told her she was cancer free.

Komen San Diego stepped in and paid for Hillary’s biopsy. “I was unemployed and there’s no way I could have afforded that. Plus if I waited any longer, my diagnosis could have been worse. Komen was a huge help.”

For some patients it is imperative that treatment begin right away before their breast cancer advances. It is estimated that the average breast cancer tumor will progress to the next stage within 90 to 100 days, and for more aggressive tumors it may be even quicker than that. Hillary’s doctors believe that without immediate treatment, her cancer would have been fatal.

It had been a rocky year. Hillary lost her job, was diagnosed with breast cancer, and started chemo all while worrying about her unemployment insurance expiring at the end of the year. Not giving up, Hillary interviewed at dozens of jobs.

“In the middle of my chemo, I dragged my sick, tired-self to job interviews. I felt so dejected, no one was hiring me,” said Hillary.  “That was the first time ever in my life that I wouldn’t get the job I interviewed for. In the past, every single job interview I had whether it was as a carhop at Sonic, a reporter for a newspaper or a paralegal at a law firm – if I was called in for an interview, I would get that job.”

Hillary’s doctor was helping her obtain disability insurance, but that would take a couple of months. “Basically, between November and February I had zero income, and I was months behind in paying my rent.”

“To add fuel to the fire, right before my unemployment got cut off, my landlord sent me letters saying my rent was going up,” said Hillary. “I didn’t want to play the cancer card, but I thought, ‘you can’t do this to me while I have cancer.’”

Komen helped her pay her rent so she could continue her treatment and concentrate on getting better instead of worrying about her finances.

“If I hadn’t received that help, I would have been evicted and I was still in the middle of treatment,” Hillary said. “I still had surgery and radiation to go.” 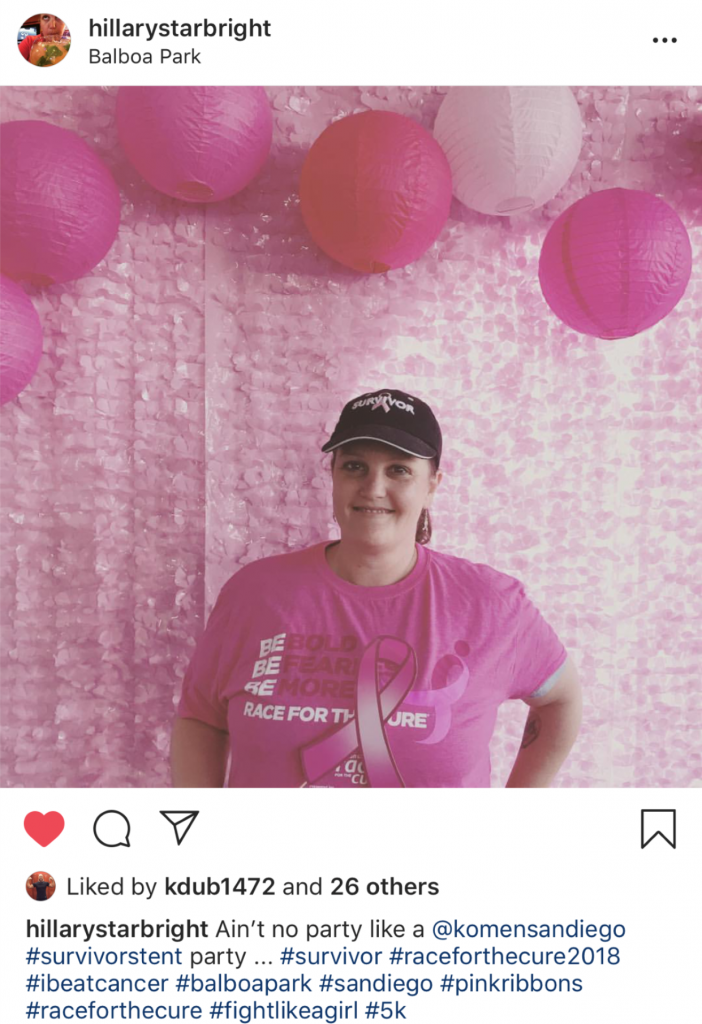 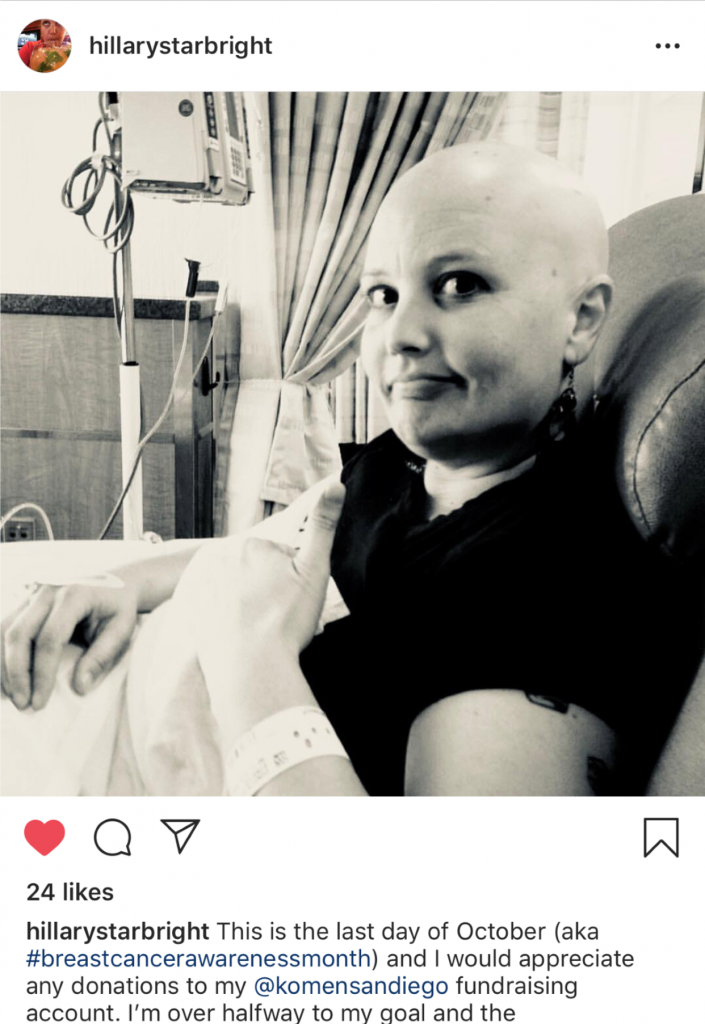 Thanks to the support of family and friends, Hillary was able to battle breast cancer and stay afloat. “I had a Go Fund Me account and that is how I didn’t starve. The help that I got from Komen helped me pay my rent and electricity bills, and got me some wigs for job interviews,” said Hillary.  “Battling cancer was sort of the easier part. Everything else during that timeframe was the real challenge.”

Shortly after completing her treatment, Hillary went on an interview and was offered a job. Hillary was a top fundraiser in the Race for the Cure, and will be participating for the first time in the Susan G. Komen 3-Day in 2019. During her free time, Hillary loves exploring San Diego’s exciting food scene and cooking up some of her favorite recipes. Follow her food-ventures on her blog.

Hillary’s words of encouragement for someone going through breast cancer:

I have a couple of friends that went through cancer after I did, and I kept saying, ‘once you go through this, you’ll be done,’ and you can look back and realize what a badass you are.’

Also, it’s amazing what you can convince yourself to do and persevere when you have no other choice.”