Posted at 11:49h in Newsroom, Uncategorized by Francisco Munoz

Earlier this year, the President released his 2018 budget proposal which included an 18 percent cut to the Department of Health and Human Services (HHS) and a 20 percent cut to the National Institutes of Health (NIH). The proposed $5.8 billion cut to the NIH, and predicted $1 billion cut to the National Cancer Institute (NCI), would result in enormous setbacks to researchers doing critical work to improve lives and outcomes for breast cancer patients. It would also set funding levels for NCI back 20 years and be the largest funding reduction in the institute’s history. 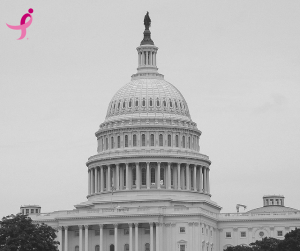 The President’s proposal to distribute $500 million to the Centers for Disease Control and Prevention (CDC) as block grants to the states would result in significant cuts to current CDC programs, many of which serve patients who would be otherwise unable to access critical screening and care services. Of particular concern for Komen is the CDC’s National Breast and Cervical Cancer Early Detection Program (NBCCEDP) which provides low-income, uninsured and underserved women access to necessary breast and cervical cancer screening and diagnostic services. This program has been crucial in helping patients receive the screening and breast health services they require in every state, especially here in California through the Every Woman Counts Program (EWC).

In addition, before leaving for Recess, the Senate had planned to move to the National Defense Authorization Act (NDAA) immediately after their return to D.C. in September.  The vote could happen as early as the week of September 4. The NDAA includes funding for the Breast Cancer Research Program (BCRP) through the Department of Defense’s Congressionally Directed Medical Research Programs (CDMRPs).  Komen has remained active in advocating to ensure this program remains intact and funded.

Once again, we will need your help this year to ensure CDMRPs remain in the NDAA, and that NBCCEDP and breast cancer research funding continues. On behalf of women and men served by Susan G. Komen please reach out to your Senators and Congressmembers to express support for robust funding to programs which improve the lives of breast cancer patients across the country.

You can also phone the United States Capitol switchboard at (202) 224-3121. A switchboard operator will connect you directly with your Representative’s office.

Komen is the world’s largest breast cancer organization, funding more breast cancer research than any other nonprofit outside of the federal government while providing real-time help to those facing the disease. Komen has set a Bold Goal to reduce the current number of breast cancer deaths by 50 percent in the U.S. by 2026. Since our founding in 1982, we have funded more than $920 million in research and provided more than $2 billion in funding to screening, education, treatment and psychosocial support programs serving millions of people in more than 30 countries worldwide. In order to achieve our Bold Goal, we believe that scientific progress must be complemented by sound public policy and advocacy. Through government action, broad, systemic, lasting change can be made in the fight against breast cancer.