Posted at 12:40h in Newsroom by Francisco Munoz 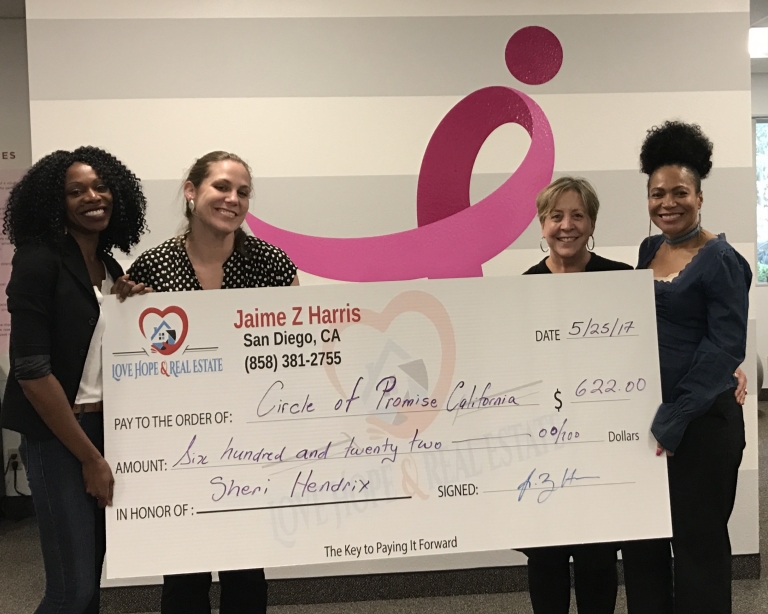 Jaime Harris, a San Diego realtor, was inspired by the strength of one survivor and further extended her generosity to Komen San Diego Circle of Promise go by donating over six hundred dollars.

Jaime first became involved when breast cancer survivor Sheri Hendrix began looking for a house and Jaime became her realtor. Sheri is a San Diego native and single mother of three daughters. She knew her family had a history of breast cancer and self-advocated for a mammogram, after her first screening, she was diagnosed with Stage III or late stage breast cancer. With the bills from this expensive illness, Sheri was referred to Wendy Shurelds Susan G. Komen San Diego’s Community Resource Advocate who works in the African American community to reduce breast health disparities and increase access to care in San Diego. At the time Komen San Diego was able to provide Sheri with temporary financial assistance to ensure that she was able to continue to get to her treatments.

Jaime helped Sheri locate, and buy a home and was so moved by her story she wanted to give back to Komen who helped her when she was in treatment.