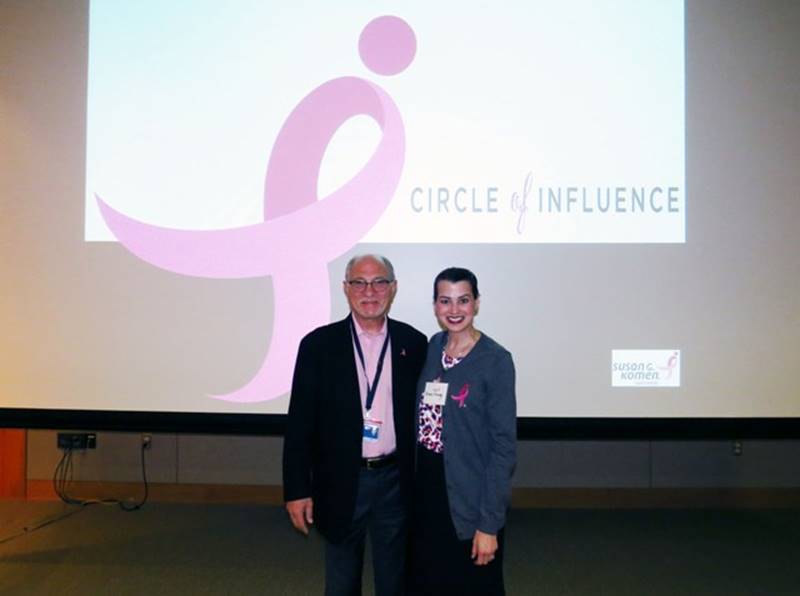 Posted at 09:55h in Newsroom by Francisco Munoz

As a two-time breast cancer survivor, Komen volunteer, and Advocate in Geoff Wahl’s lab at The Salk Institute, I was honored to attend the Susan G. Komen San Diego Salon Event at Salk. Geoff engaged all attendees with a dynamic and poignant presentation about the significance of breast cancer research and the critical nature of funding such research. Geoff was able to dispel myths and crystalize truths about cancer in a way that the non-scientist could grasp. He has an uncanny and uncommon talent for doing just that! 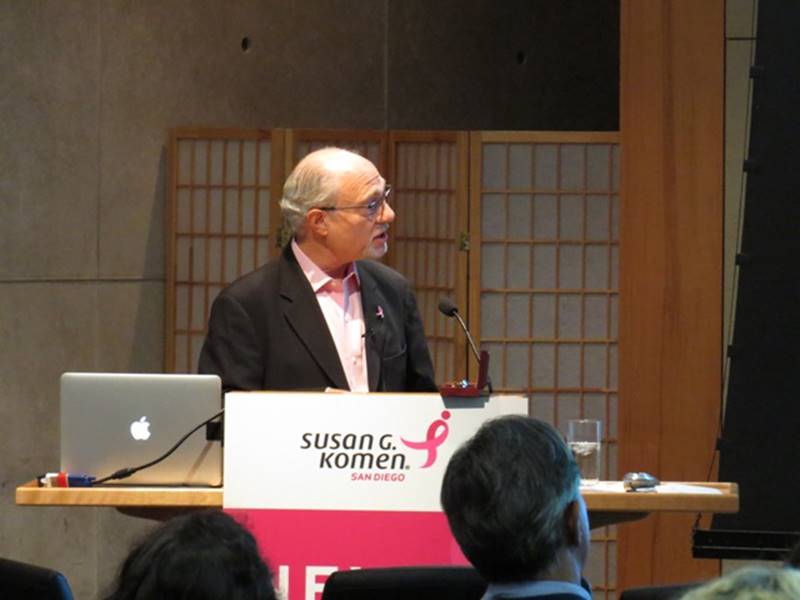 Challenging the notion that eradicating cancer would be a “moon shot,” Geoff explained why it would be much more like winning a game of “whack-a-mole,” referring to the heterogeneous nature of cancer. After touching on cancer prevention, early detection, and current conventional medical interventions, Geoff provided a thorough, yet basic, scientific analysis of cutting edge research, such as immunotherapy and positively identifying and thus treating triple-negative breast cancer, by describing the state of “stemness,” referring to his lab’s work on fetal mammary stem cells.

Punctuating his talk with moments of real life anecdotes that illustrated the life and death nature of a cancer diagnosis for actual patients, Geoff underscored the commitment of the science community to continue its undaunted search for solutions to the myriad of enigmas of cancer. He also provided ample examples to demonstrate why a cancer patient’s hope is well-founded. Geoff then honed in on the benefit of working with an Advocate on his lab team, and why that has become a significant element of how his lab operates.

For me, being a part of Geoff’s lab team for the past five years and into the foreseeable future is a profound privilege, which deserves a reciprocal effort on my part to invest myself in the lab’s efforts whenever and however possible. Geoff and I both believe that partnership creates a win-win situation!