Posted at 09:01h in Newsroom, Spotlight by Francisco Munoz

In July 2017, Lilian A. Vanvieldt-Gray found out that she had breast cancer through a routine mammogram. She credits that early detection for saving her life. Born in South America, she moved to San Diego 10 years ago and made Downtown her home. She is married, has three children and three grandchildren. As the senior vice president at Alliant Insurance Services and practice leader for Alliant’s National Schools Practice Program, Vanvieldt-Gray said she has a large extended family and network of friends, citing her husband Douglas as her strongest supporter.

“We were sitting in a parking lot leaving a doctor’s office and I was pretty hysterical,” Vanvieldt-Gray said. “At the time, I didn’t know my diagnosis. I discovered my diagnosis in July in an airport in Panama and didn’t start treatment until September. There was a two-month period where you are testing, scans, meeting with doctors and radiologists, surgeons and plastic surgeons and it was such a process that I was overwhelmed. My husband looked on the internet and found Susan G. Komen San Diego, and I called them.” 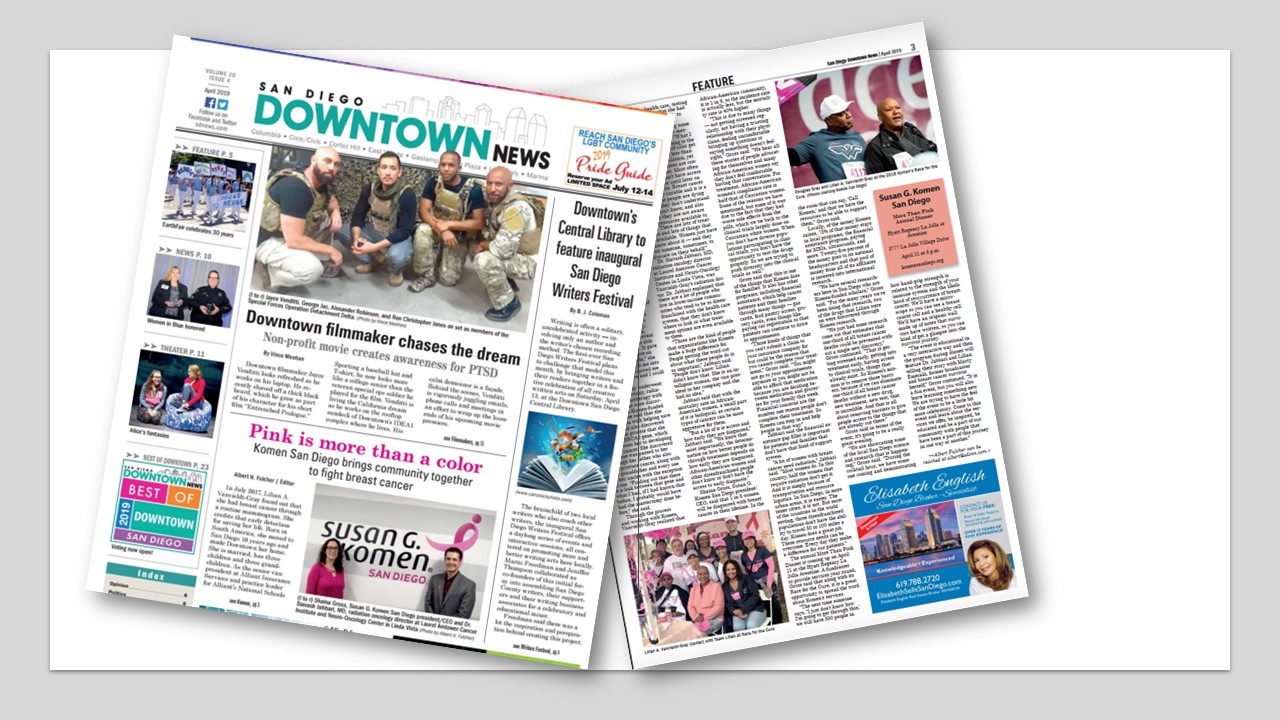