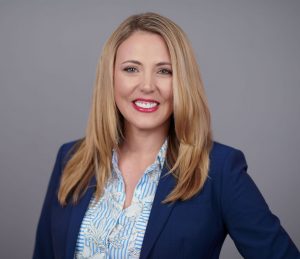 Meredith Hall-Chand Hall-Chand has spent over two years with Komen San Diego as the Director of Development and over a decade as an executive in the non-profit industry.

During Hall-Chand’s time with Komen San Diego, the organization’s grant funding and major donors have grown by 150 percent, its signature fundraising events have been transformed leading to a 25 percent growth in attendees and revenue, and a robust fundraising strategy has led to an increase in donor retention. During her career, she has led the development and expansion of new business practices and programs, managed large numbers of staff and volunteers, secured over $5 million in gifts, and has provided supportive services to clients in need of health, housing, education, food, employment and senior services. She has served on three nonprofit boards, volunteered for several community organizations, and successfully passed a bill through the state legislature as co-founder of CA K.I.D.S., which updated California’s mandated reporter law for child abuse and neglect.

Born and raised in San Diego, Hall-Chand received a BA in Political Science from the University of California San Diego (UCSD) and a Master’s in Nonprofit Management and Leadership from the University of San Diego (USD). She participated in LEAD San Diego’s EMBARK training program, completed a Nonprofit Management Certification from UC San Diego Extension, and was one of Bank of America’s Neighborhood Builders Grant recipients. She is a member of the Association of Fundraising Professionals (AFP). She has received leadership recognition from the Junior League of San Diego, YNPN’S Stay Classy San Diego, Women Who Mean Business, and the Child Abuse Prevention Foundation.

Outside of work, you can find her spending time with her family, training her puppy Charlie, trying new restaurants, working out, traveling, and reading whatever she can get her hands on.