Posted at 12:14h in Newsroom, Uncategorized by Francisco Munoz 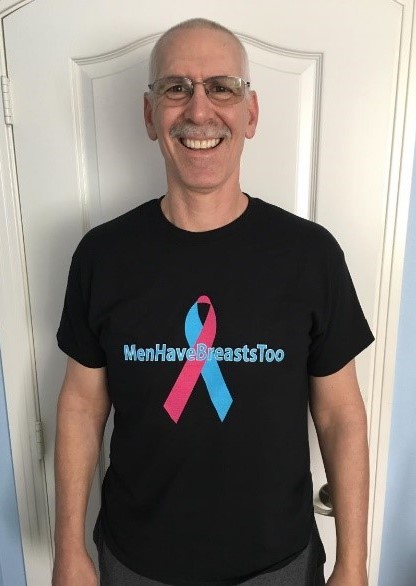 San Diego resident, and commercial mortgage broker, David Smyle didn’t think his breast abnormalities were anything to worry about. But in 2015 when he showed his doctor his inverted nipple, pimple-like growth on the nipple, and tenderness under his left breast, he was sent for a biopsy which came back positive for stage II ductal carcinoma in both breasts.

“Cancer is cancer… Fix it. Take care of it. That’s all that mattered to me,” said Smyle. “I go to the gym and jacuzzi, but I’m not ashamed of it. It’s an opportunity to educate people.”

David has used his breast cancer journey as a force for good in San Diego and he uses his scars to begin the dialogue.

“It is vital for men to be their own healthcare advocates and familiarize themselves with the most common signs of breast cancer. The sooner you catch it, the better chance you have of living.”