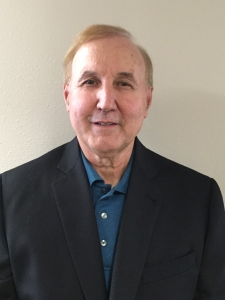 Carl has lived in Southern California for most of his life after being born in Providence, RI. He is one of 7 children and the oldest of 5 boys. He was married to his wife Diane for 40 years until she passed away at age 58 following a lengthy battle with breast cancer. His mother also passed away from breast cancer at age 51. He has two children, Deanna (39) and Carl (37) and four grandchildren that keep him happily busy.

His business career included 30 years with Pepsi Co as a sales manager and mid-level executive. He has continued his career with several VP positions in the western region and is currently the National Director of Customer Relations at Paradigm Investments. He has a passion for working with people at all levels and helping them to achieve their potential and goals. Carl has been very active in the San Diego non-profit community including as a founding board member for the Junior Seau Foundation and has also been involved with the Charlie Joiner Foundation for over 12 years. He currently serves as a board member for the Susan Komen foundation in the Inland Empire.

Carl’s hobbies include golf, water and snow sports, traveling, and walks on the beach with his dog Ginger. His true passion, however, is spending time with his family and is currently helping coach several of the grandkids in baseball and softball.